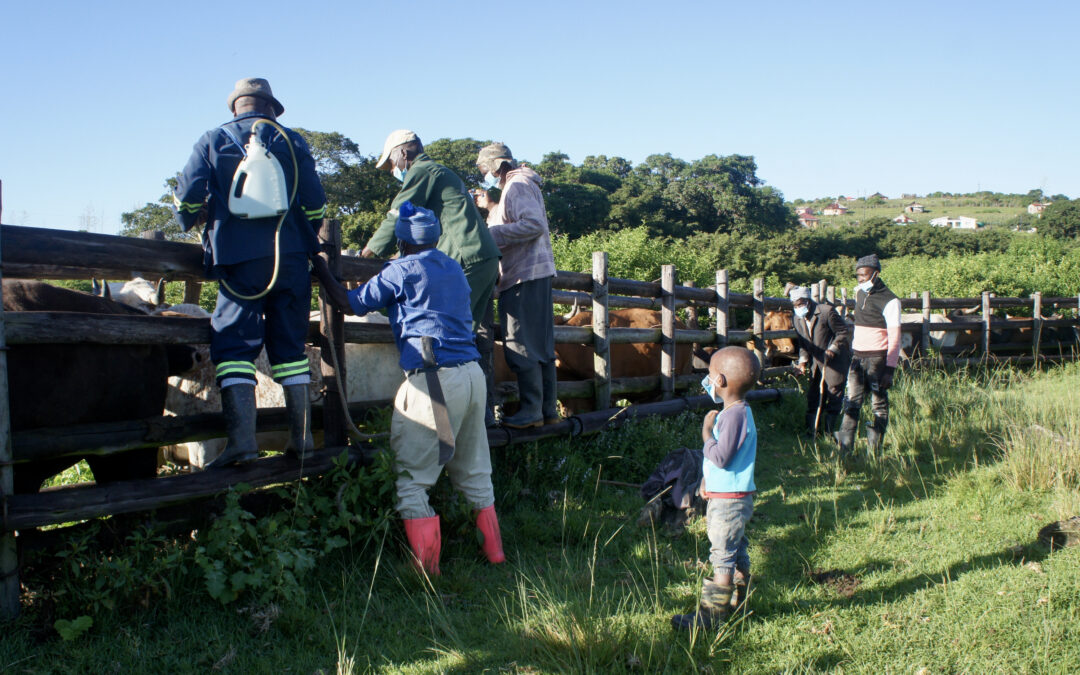 The lack of economic development in the former-Transkei region of the Eastern Cape is widely lamented, with 33% of households living on less than R800 per month (according to the latest census). While our area has vast arable land for crop farming, the primary agricultural activity is livestock farming, using the land to grow grass to feed cattle and sheep. The issue however, is that livestock is often poorly managed resulting in unhealthy cattle with high death rates and very low birth rates, thus generating very little surplus income for the owners.

Commercial livestock farmers focus on one main measure of their success or failure, called the Weaner Ratio. This ratio measures the number of cows that successfully give birth to a calf every year and raise it to the age at which it is weaned off milk. A calf that can live off grass is known as a “Weaner.” For example, if a farmer has 100 cows and from these he gets 80 weaned calves every year, then his Weaner Ratio is said to be 80 out of 100, or 80%. In commercial livestock farming you need to have a Weaner Ratio of above 75% to stay economically viable. In our region, prior to our Livestock Productivity Project, we calculated the Weaner Ratio at less than 10%!

Since the launching of our Livestock Productivity Project in 2016, the BI has supported community members by supplying and administering the necessary medicine to treat the main health problems due to parasites, parasitic diseases and sexually transmitted diseases (STDs). Before the project, people would need to buy their own medication, but there was only large (and unaffordable) quantity available, which is meant to treat ±200 cattle not 5-10. As a result, most people didn’t treat their animals, and the majority of cattle were sickly and unable to breed.

The project started out funded by the BI so that medication would be sold at cost to ensure that all farmers participated, but overtime the project has become almost* completely self-sustained, and operates on a full-cost recovery basis. Now, every three months we organise livestock treatment outreach days that are run by a team of dedicated community volunteers. The BI purchases the bulk medication upfront so that people are able to purchase small amounts at a low cost. Our volunteers then assist in the big job of dosing and dipping the livestock. The project has been so successful that most families, both near and far, use this service to keep their animals healthy—we even have a loyal customer who comes all the way from Thafalehashe (a ±8 hour roundtrip walk)!  This intervention is a simple model that can be scaled to similar regions with large numbers of livestock on communal land.

*the only cost involved for the project is petrol to transport volunteers to and from the dipping/dosing sites on outreach days.