Annette and Khuselo spent an exhilarating and festive day at Mkatazo School where they were joined by the staff and learners of Bafazi and Mbutye Schools. All 3 of these schools fall under our Rural Schools Development project although they are situated in villages beyond the Xhora Mouth Administrative Area where most of the Bulungula Incubator projects happen. The theme of the Heritage Day celebrations was ‘Celebrating our Heroes and Heroines’ and there were prepared speeches, songs, dances and drama presentations, as well as the preparation and tasting of traditional food. Everyone, from children to teachers to parents, was dressed in the beautiful traditional dress of the Xhosa people and it was clear that there is justifiable pride in their heritage as well as a determination to preserve it, while respecting all the other cultures which make up our joint South African Heritage. The performances were accomplished and were often interrupted by the enthusiastic audience joining in! The joyous celebrations ended with songs about the people’s heroes sung by the schools’ choirs, ending with the national anthem.  I have seldom heard it sung so beautifully. 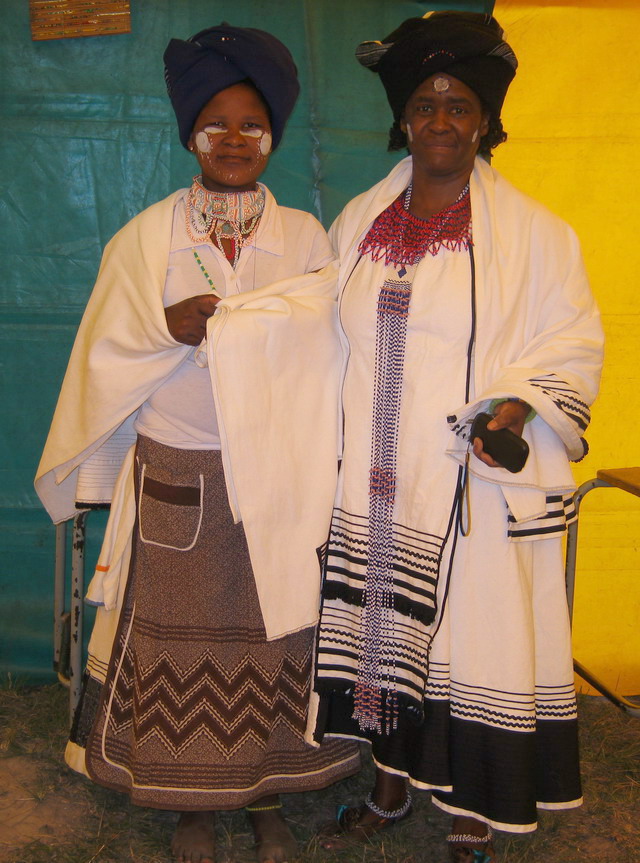 The Principal of Mkatazo School (right) with a member of her staff, both in full regalia 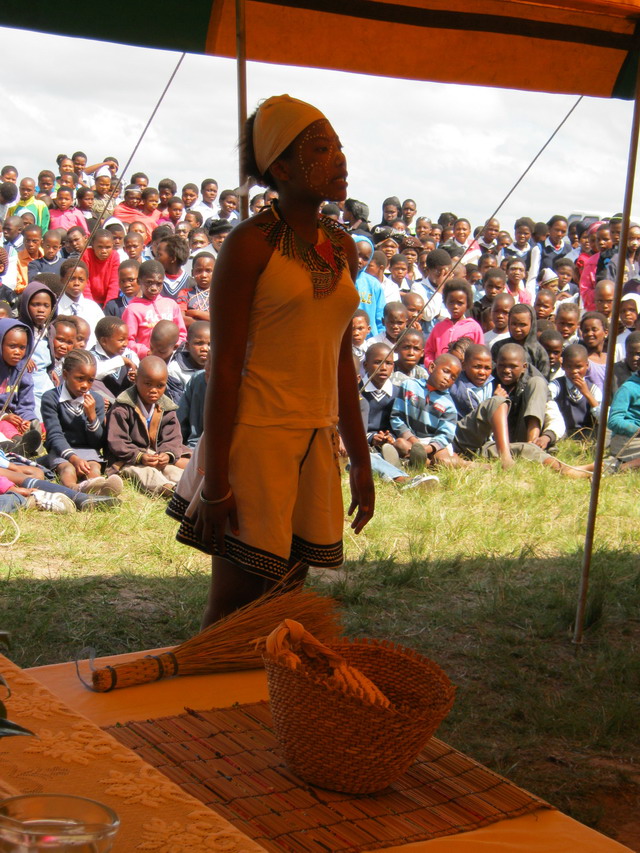 This young girl spoke confidently and passionately about her hero, Steve Biko. 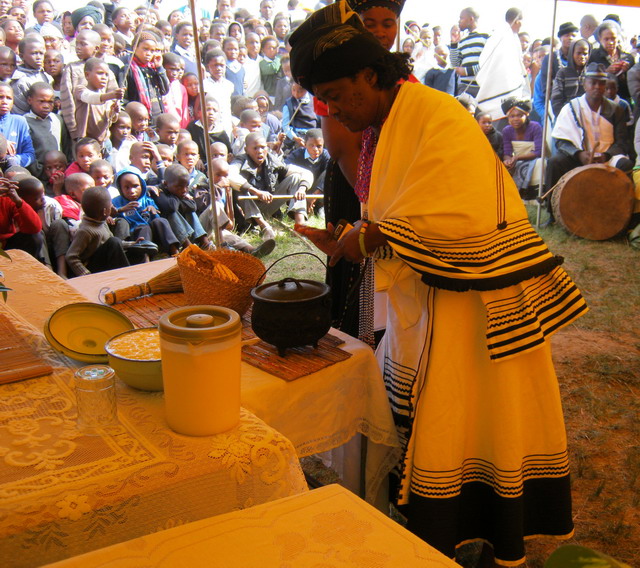 The preparation of traditional foods was described in speeches and then prepared for tasting.