We are pleased to report that a great deal has happened with the profiling project since our last update. In December 2011 Nomzingisi and Kate finished collecting the profile data from Nqileni village. We would like to thank all the families in our community who welcomed us into their homes and put up with our many questions.

Through the generous assistance of one of our funders, as of early 2012 we managed to expand the community profiling project into the other three villages  (Folokhwe, Mgojweni, and Tshezi). Expanding the research to encompass three villages simultaneously meant we had to hire and train new data-collectors. Finding suitable people was initially quite challenging, as this sort of work requires both English literacy and a high degree of critical thinking on top of the interpersonal skills necessary for carrying out research in a community setting.  Nonetheless,  by February we had hired 5 women from surrounding villages, all of whom received training and coaching from Nomzingisi and Kate. By March all five were working independently, going homestead-to-homestead to profiling resident families. In March we also hired two local women with computer skills to input both qualitative and quantitative data into the computer.

We have now finished collecting data from all 439 households in the four villages, and we are at the analysis stage of this project. While it is too soon to report our findings, it is clear that this profiling project has given us a much clearly picture of livelihood strategies, health and mortality, views on local leadership, aspirations and concerns for the future, and interpersonal dynamics in these communities. 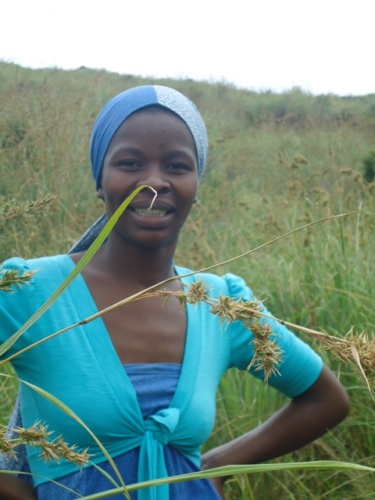