Students at Xhora Mouth Junior Secondary School enjoyed a special visit from LoveLife to learn about protecting themselves from HIV/AIDS.  LoveLife is a nonprofit organization in South Africa aimed at reducing the rate of infections in young people by focusing on youth development and behavior change.  The material was presented in a fun, interactive way with singing and dancing and plenty of music.

Having fun with LoveLife 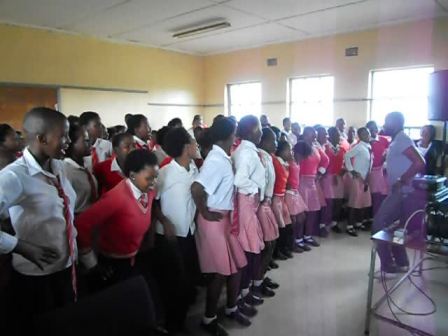 As a follow-up to the LoveLife session, Samuel Partington, a United States Peace Corps volunteer and recent addition to the BI, is preparing to work interactively with the students at Xhora Mouth as well as spread HIV/AIDS awareness to other local schools.  The material will be taught using a friendly proactive approach.  To make students feel more comfortable learning about condoms, games like the Condom Time Bomb will be played.  Slips of paper with questions about HIV/AIDS prevention are placed in blown up condoms.  Standing in a circle, the students pass the blown up condom to each other while music plays.  When the music stops, the person who last touched the condom has to break the condom then read and answer the question inside.  The students learn not only from answering the questions but also by realizing how tough condoms are and the strength needed to break them.  Interacting with condoms in a playful manner allows the students to learn in a more comfortable setting making it easier for them to participate.  Sam has used the Condom Time Bomb game in the past with great success as the students had lots of fun while openly discussing the importance of condom use. 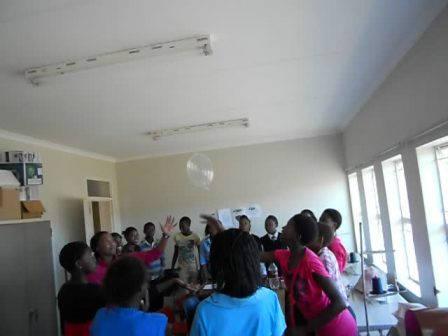 Sam’s lessons will focus not only on HIV/AIDS but also healthy living in general.  To better understand what the kids need to know, Sam will be distributing questionnaires to the students prior to his sessions.  These anonymous questionnaires will be used to measure the students’ knowledge and experience with HIV/AIDS, sex, and drugs.  It will also give them the chance to ask specific questions about these sensitive topics.  Sam is looking forward to working with the students and will keep us updated on his progress.